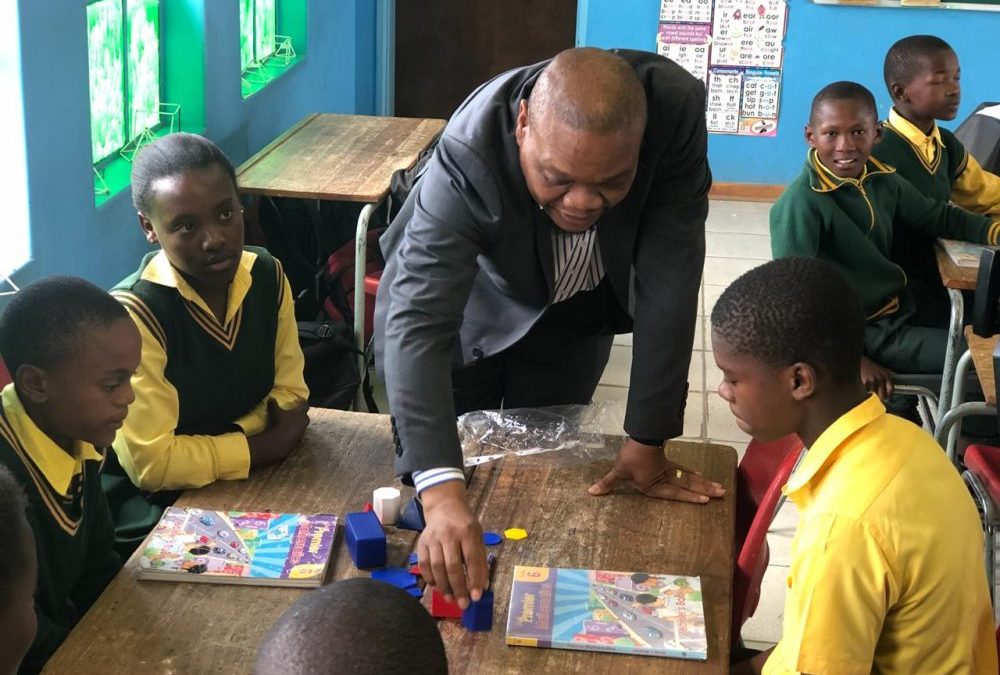 Infrastructure development is a key part of KST’s District Whole School Development programme and is awarded to schools based on two categories, basic infrastructure and incentivised infrastructure. The provision of infrastructure is preceded by a thorough school’s needs analysis, which determines what facilities are either built or renovated.

“For the past five years, this pioneering partnership with KST has made a significant contribution to education delivery in the Free State Province. The District Whole Schools Development model is one of the best education models that optimises and leverages public-private partnerships to drive the transformation of the education system and improve teaching and learning in the Fezile Dabi and Motheo districts,” said DR. PHI Makgoe, MEC for the Free State Department of Education.

“We are thankful to all principals, educators, learners and the community of Edenville and Kroonstad at large who have heeded our call to maintain and protect infrastructure awarded to them. Theft and vandalism to school property will only have a negative impact on positive learner outcomes, we also encourage and empower communities to participate and take ownership in our school beautification initiatives so that many more learners from the community can benefit from this infrastructure,” said Themba Mola, KST Executive Director.