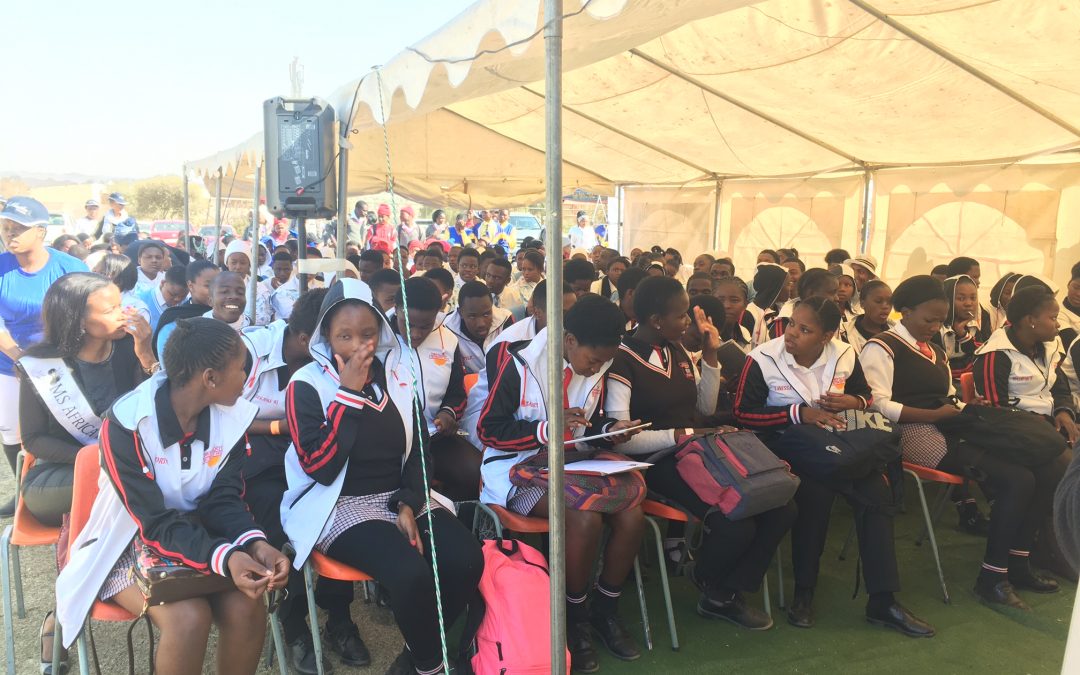 Cyril Ramaphosa Foundation (CRF) recently launched its Artisan Programme at Diepsloot Combined School in Gauteng, by selecting two potential learners to train as artisans on full bursaries in 2018. The award took place at the first CRF Diepsloot Career Expo, been hosted in collaboration with a Diepsloot Stakeholder Forum, where hundreds of learners gathered to learn about the possibilities offered for their future careers and studies.

“We believe that artisans are a fundamental part of the future prosperity of South Africa,” said Mmabatho Maboya, Strategy and Partnerships Executive at CRF. “Artisans can become drivers of economic growth and create decent and meaningful jobs through entrepreneurship. This is why CRF is committed to continue supporting the growth of this sector,” Maboya explained.

South Africa is suffering from a severe shortage of skilled artisans. Thus the Department of Higher Education had declared 2014 to 2024 “the Decade of the Artisan”. In order to meet the needs of government’s Strategic Infrastructure Projects, around 30,000 new artisans are required each year. The education system is currently only producing around 12,000 annually.*

The scarcity of artisans affects both public and private sectors. Every year the Department of Higher Education lists occupations that are in high demand. In 2016, five of the top ten most scarce skills were artisanal, including occupations like electricians and engineering technicians.**

“Skilled tradesmen are highly sought after in our economy, and yet every year we are forced to recruit thousands of artisans from other countries to fulfill this demand,” said Sean Jones, Marketing Director for The Artisan Training Institute. “We have over 600,000 unemployed graduates in South Africa. We need to show young people that learning a trade is a viable and desirable alternative to university.”

“For 21 years the Cyril Ramaphosa Education Trust has awarded bursaries to disadvantaged learners to allow them to attend university. We recognise that the time has come to broaden our approach,” said Maboya. “The two potential candidates we have selected today are the first of many. Artisan work is a valuable and important part of our economy, and we are committed to supporting young artisans,” continued Maboya.

As part of the expo, learners met representatives from technical training colleges such as the Artisan Training Institute, who will be partnering with CRF, tertiary institutions, various NGOs, the SAPS, large employers, and government departments. Most learners had never had the opportunity to consider a career as an artisan.

The Foundation was hosting its first career expo in Diepsloot as part of its work in coordinating the stakeholder collaboration network in that community. The work is implemented through its partner organisation, Adopt-a-School Foundation (AAS), which supports disadvantaged schools in the creation of conducive learning and teaching environments. The work by AAS revealed greater underlying social issues affecting the community, including chronic unemployment and the disempowerment of women and children. The expo sought to address some of these issues by creating a framework that allows young women and children to lift themselves out of poverty and to become independent and empowered.