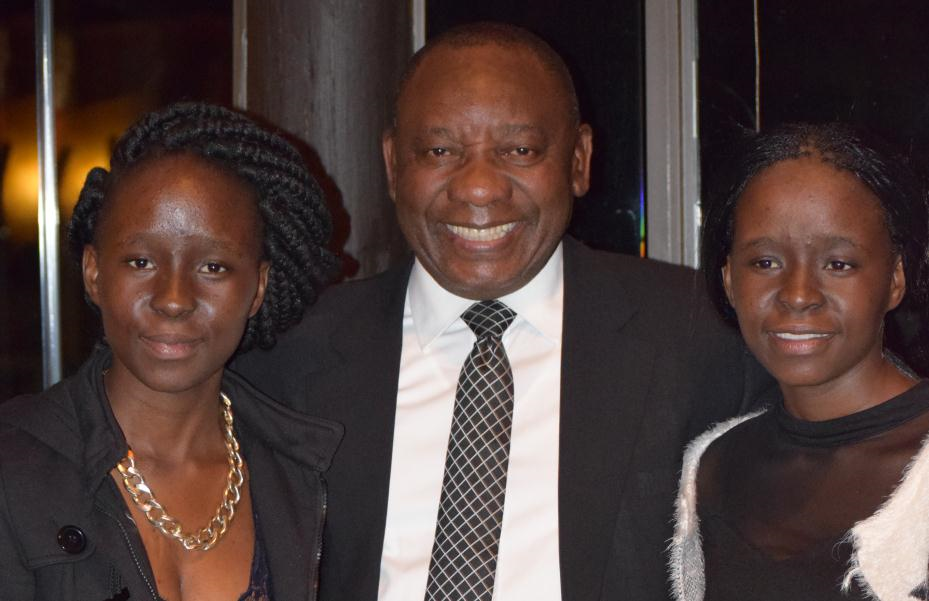 Current students and alumni of the Cyril Ramaphosa Education Trust (CRET) gathered at Mr Ramphosa’s wildlife farm in Bela Bela in Limpopo to celebrate the 21st anniversary of one of his first educational initiatives. The event recognised past and present achievers.

“We are all challenged to give back to the society that has made us and shaped us into what we are today,” said Ramaphosa in his address to the guests. “It has been one of the great privileges of my life to assist young people to realise their full potential through education.”

Over the last 21 years, CRET has supported nearly 150 disadvantaged students, producing over 50 graduates. On average, 89% of CRET students have passed each year since 2012 when the Trust boasted just 12 students. Last year the Trust produced six new graduates including two medical and two engineering degrees. Also in 2016, a CRET alumnus qualified as a specialist cardiologist – a first for the Trust.

In 2015, Alumni of the programme established an Alumni Fund, following a challenge by Ramaphosa, who agreed to match their funds on a 1:3 scale. Thanks to the contribution from Alumni and Ramaphosa the Fund awarded its first two bursaries this year to two CRET students studying at the University of Witwatersrand for their Bachelor of Science (Mining Engineering) and Bachelor of Accounting degrees.

“It is also thanks to the generous support from loyal partners, such as Grindrod and Scaw, that we have been able to offer bursaries to an increasing number of students each year,” continues Ramaphosa. “We have our highest intake of 70 students this year and we welcome our new members to the CRET family in 2017 and we are hoping to support even more in the future.”

“The fact that so many of the graduates are now sponsoring other disadvantaged students is proof that the spirit of Ubuntu is alive and well in South Africa,” said Ramaphosa. “By paying it forward we create a society in which people help each other and, in doing so, uplift the entire country,” he concluded.

The awards recognised those who graduated in 2016, those who achieved outstanding academic results across various faculties and students who displayed exceptional leadership.