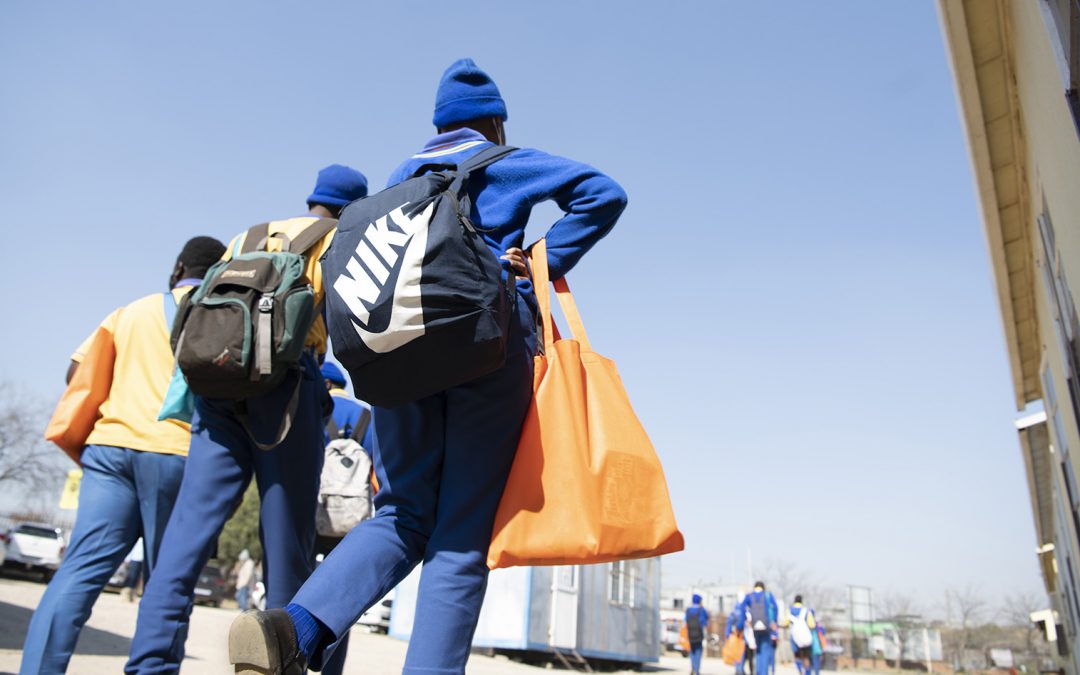 The COVID-19 pandemic has had a significant impact on children. Children have experienced significant constraints during the pandemic, in their schooling, play and engagement with peers, as well as in support for psychosocial challenges. These constraints have caused significant anxiety and frustration and have impeded psychosocial well-being and development.

Bernice Maponyane, a Programme Manager for the Thari Programme that supports vulnerable children and women, said this situation may exacerbate the learner bullying and violence that South Africa experiences. South Africa has reported many serious incidents of bullying of learners recently. The recent suicide of a learner in Limpopo following an act of bullying has once more brought to light the problem of learner-on-learner violence in schools. Acts of learner-on-learner violence includes assault, gangsterism, rape, and initiation. According to South African Police Service crime statistics, nine murders and 19 attempted murders were recorded between April 2019 and March 2020 due to bullying in schools. The statistics further showed that 345 cases of assault intended to cause grievous bodily harm and 546 common assault cases were opened due to bullying in schools.

“These statistics are concerning,” Maponyane said.

“It is widely recognised that a child’s ability to learn is influenced not just by the quality of teaching and resources available but also by their health, well-being and emotional state.”

Maponyane said victims of bullying display “unusual behaviours” such as low self-esteem, aggression, anxiety, depression, substance abuse and increased absenteeism. Their academic performance deteriorates as a result. Bullying causes physical, mental and emotional trauma in a learner that may remain with them for life if not addressed, Maponyane said. She called for the scale-up of effective interventions like the Thari programme to address the root causes of bullying and learner violence.

“Schools cannot do it on their own. Parents, learners, non-governmental organisations, government departments and the broader community should come together to discuss the causes of violent acts in schools,” Maponyane said.

Thari is a pilot programme of Cyril Ramaphosa Foundation that is implemented by its partner entity, Adopt-a-School Foundation. The programme, which is implemented at eight schools in Botshabelo in the Free State and at a school in Diepsloot, Gauteng, aims to strengthen school communities and creating safe, academically effective, inclusive and gender-sensitive environments free of violence to promote the health and well-being of all.

Maponyane added that learners who are bullying others are vulnerable and at high risk themselves. These children are often victims of abuse and exploitation at school, home or in their communities. They react by displaying antisocial behaviours such as being disruptive in class, violent towards learners and educators, and bullying other learners.

“A holistic approach is needed to support both the victim of bullying and the perpetrator,” Maponyane said. “In this way we will be protecting both from harm and future negative impact,” she said.

The Department of Basic Education has developed a National School Safety Framework.  The strategy is designed to guide how national and provincial education departments should structure efforts to address violence like bullying in schools. The framework identifies several acts of violence in schools, including cyberbullying, homophobia, xenophobia, gang violence, sexual and gender-based violence.