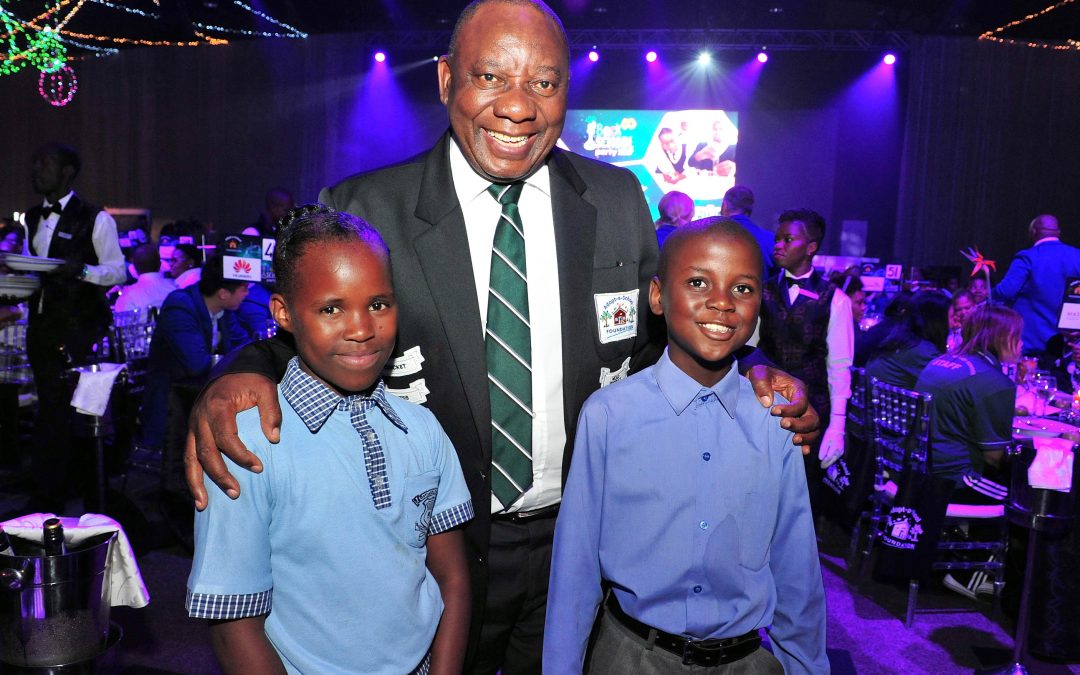 Over 800 industry leaders and government officials attended the 11th annual Adopt-a-School Foundation ‘Back to School’ fundraising event at the Sandton Convention Centre on Saturday, 14 October 2017. The event, which has become a highlight on the philanthropic calendar, had guests relive their student days by putting on their school uniforms in support of a worthy cause.

On the night, R4.8 million was raised to support the Foundation’s development work in its adopted schools. Funds raised through individual and company pledges will go towards building a fully resourced science laboratory and a programme to develop science educators, and to the extension of the Audiology and Visual Programmes that the Foundation and its partners have been running in rural schools across the country for the past six years.

“What is becoming increasingly evident is the extent to which socio-economic issues affect a child’s ability to learn effectively. As such, it is necessary for this foundation to be in a position to effectively address the critical social issues that face our learners,” says President Cyril Ramaphosa, Founder and Chairperson of Adopt-a-School Foundation.

It is estimated that between 2.4% and 6% of learners suffer from visual impairment, while the prevalence of hearing loss is estimated at approximately 11.3% in the same age group.*

“If hearing and sight issues are not identified and dealt with at an early age, it can result in poor communication, illiteracy and ineffective education, as well as negatively affect the social and psychological development of these children. Our programmes not only identify barriers to learning, such as eyesight and hearing, but aim to provide solutions to these barriers as well.” says Steven Lebere, Executive Director of Adopt-a-School Foundation.

Since 2002, the Foundation has invested over R600 million directly into schools. The Back to School Party fundraiser alone has raised over R44 million through table sales, an auction of donated items, and individual or company pledges towards education development initiatives.

“It is only through collaboration and a unified approach that we can ensure that our children receive quality education and the opportunities that arise from such schooling. I would like to thank our partners and sponsors here tonight for helping us to raise these much needed funds.” Ramaphosa concluded.