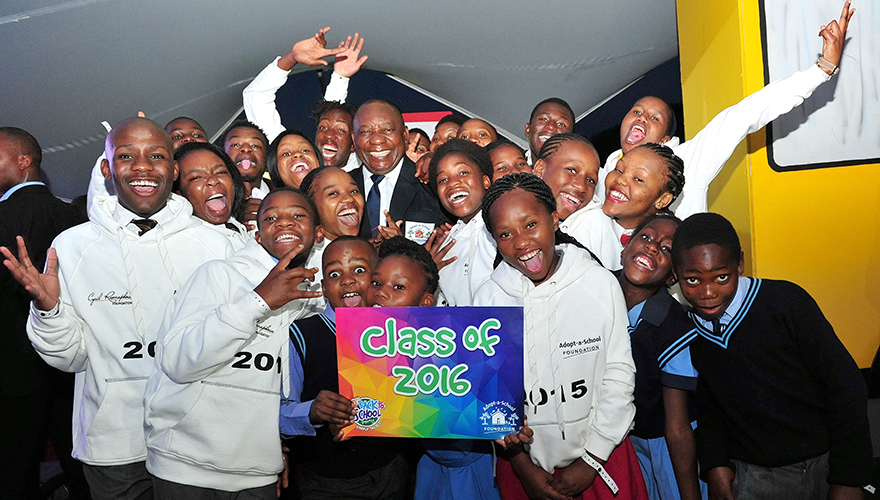 On Saturday 29 October 2016, Adopt-a-School Foundation hosted 1 000 people together under one roof, in what has become one of the biggest events on South Africa’s CSI calendar; the Back to School Party.

Adopt-a-School Foundation has grown tremendously since the first Back to School party in 2007, when it reported that through the adoption of 29 schools, 15 000 children were impacted. Today, there are 614 schools under the adoption programme and over 790 000 children, their families and greater communities have benefitted. This event shows what can transpire and be genuinely celebrated when business, individuals and organisations come together for the greater good.

Last year, funds raised from pledges went towards the launch of a Health, Sanitation and Sexual Awareness programme. For many girl learners the onset of puberty results in a significant decline in their school attendance. One of the main reasons for this is the lack of sanitary pads and the lack of basic knowledge around what is happening to their bodies during puberty. The project has already been rolled out to more than 20 adopted schools and has benefited 11 671 learners. At this year’s party a donation of 100 000 sanitary pads was made by the Dischem Foundation.

Further pledges of nearly R1 million will be used to continue this programme. In addition, each guest donated a book which the foundation will distribute to school libraries. School blazers and other uniform worn on the night, were also donated back to schools.

The Foundation is able to enumerate the school facilities built, the employment opportunities created and the teachers trained. The numbers speak for themselves. But even more inspiring, is the children that speak for the Foundation. Eighteen school children who have all felt the impact of the Foundation’s work, attended the event and addressed the audience. Their stories prove that education really is the best tool at our disposal to empower communities afflicted by poverty and inequality.

One night. One thousand people. And R4.5 million raised. This is collaboration in action.