A+ for Corrective Responsibility 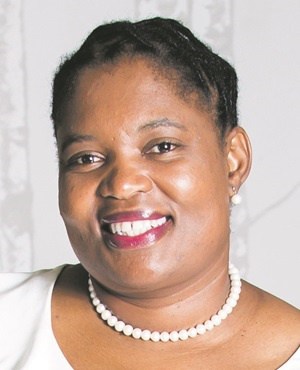 ‘You don’t have to be in town to be the best. You can be the best anywhere.” So says Mankodi Moitse (53), the woman who heads the Kagiso Shanduka Trust, which has helped Free State top the Class of 2016.

The largely rural province achieved an 88.2% matric pass, which included progressed learners – those who had failed Grade 11 twice and been pushed through to Grade 12. The province beat Western Cape into second place with its score of 85.9% and Gauteng into third place with 85.1%. The trust is a partnership between the provincial education department, the Kagiso Trust and the Cyril Ramaphosa Foundation. It provides equipment, infrastructure and teacher and management training to schools in rural areas in two districts: Fezile Dabi in the north and Motheo in the south.

Over the past year, big improvements have been recorded. Fezile Dabi scored a 91.8% matric pass rate in 2016 – up from 86.2% in 2015. Motheo scored an 85.7% pass rate – up from 75% the previous year. As chief executive officer of the Kagiso Trust and a board member of the Kagiso Shanduka Trust, Moitse leads a team of 46 staff members across both organisations to ensure that their interventions work.

Four years ago, the trust began by formulating a series of needs analyses, which were discussed with the provincial education department and resultant actions agreed upon. Questionnaires were sent to schools to gauge the pupils’ academic performance; the teachers’ competency levels and knowledge of the curriculum and subjects; the strength of school leadership and management; discipline; extracurricular activities; the condition of the school infrastructure; curriculum delivery and social development.

The trust then set about plugging the gaps. “We develop models that can be replicated and are scalable,” said Moitse. “We have put in place proper structures and we partner with the Free State department of education … planning and implementing together the agreed plan for the year and holding each other accountable for successes and failures.

“We have a structured governance process to ensure the proper monitoring and evaluation of our programmes,” she said, adding that the secret to their success lay in ensuring that everyone delivered and took the partnership seriously and all partners contributed financially.

“We made sure we understood the landscape by starting with baseline studies. The leadership in the Free State education department is highly motivated. “Introducing the model, based on a theory of change that focuses on the teacher, was bound to be a winning formula,” she said.

The plan starts with empowering teachers and holding team-building workshops to motivate them, ensuring they take pride in their work and understand their respective subject matter better. A key factor has been the launch of a District Whole School Development Model, supporting the idea that, for a child to learn, the school infrastructure must be habitable and reasonably comfortable. Moitse knows what it is like to be a demotivated teacher, having faced the realities of public school life as a teacher at Madibane High in Soweto. “Windows were broken. There were no ceilings. I know school dysfunctionality and the low morale of teachers, who do not feel like going to work in that environment,” she told City Press.

The trust has built better facilities in schools with no toilets where teachers were forced to urinate in a corner or under trees together with their pupils. “Every time we went there to donate stuff, I could see in the eyes of these learners that they needed someone to help them. They see us as people standing between them and their better future,” she said.

“There are many child-headed households, where children look after siblings or where parents are away working in Johannesburg.” The trust also found pupils struggling because they had no shoes and others who had problems with their sight, which no one knew about. “We found out, when we did our eye-testing programme, that some of them could barely see what was written on the board,” she said.