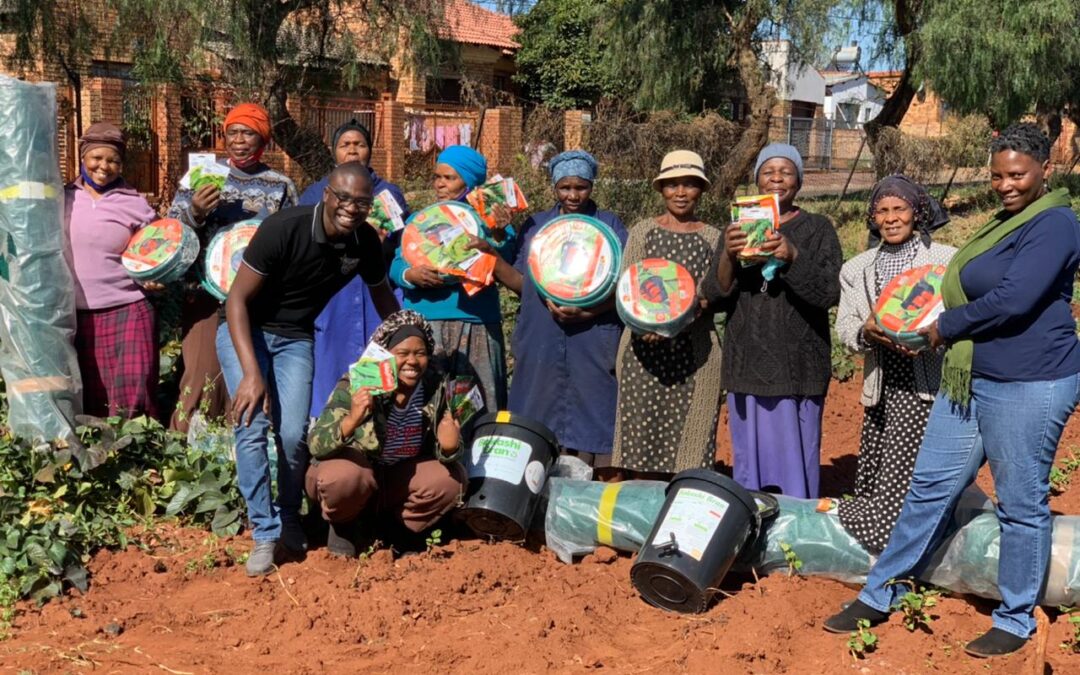 As we close Mandela Month, which motivates volunteerism for community good, the young student beneficiaries of the Cyril Ramaphosa Education Trust (CRET) inspire with their ongoing giving.

CRET provides bursaries along with a host of other support provisions for its beneficiaries, and also instils an ethos of “paying it forward”. Students are celebrated for being active citizens, reminded to never forget where they came from, and to consider the multitude of others in need like they once were.

During the organisation’s annual vacation programme, students work at select welfare organisations and are tasked with distributing donations of clothes, food and other essentials in disadvantaged communities. As part of CRET’s holiday programme this year, students extended their empathy to animals in need. The students volunteered at All-in-One Animal Rescue in Diepsloot, Johannesburg, and donated dog food and pet supplies to the shelter and played with and cared for the animals.

Many of CRET’s students have started community support and development projects of their own. Thamsanqa Gadize, named CRET’s 2021 Student of the Year and recipient of its Nelson Mandela Award for Overall Leadership, Excellence and Achievement, founded an NPO in 2014 called Philanathi Golden Stars that turns illegal dumping sites into community gardens. More than 80 families plant vegetables for themselves and are able to put food on their tables.

Thami is also a member of the South African National Blood Service (SANBS) Donor Committee and Zone Forum Committee where he represents the rights of blood donors. This dynamic youth creates a balance between being an active citizen and being committed to his studies, built on a foundation of a deep love for volunteering and giving back to his community.

CRET’s alumni have also established a fund to which they contribute off their salaries to support the tertiary studies of other students. Three students have already been assisted to study full-time.

With July also having been Moral Regeneration Month, the volunteerism of CRET’s beneficiaries and many other young South Africans is noted to stem from ethical values and behaviour that is helping restore the values of a caring society. South Africa’s moral crisis can be seen in criminal acts, racism, corruption and the chasm of inequality. The selfless commitment of many young people in driving solidarity and development initiatives works to eliminate the threats that perpetuate these scourges – poverty, food insecurity, limited access to education, lack of public health and safety resources.

May the agency of our youth inspire all of society and a better tomorrow.