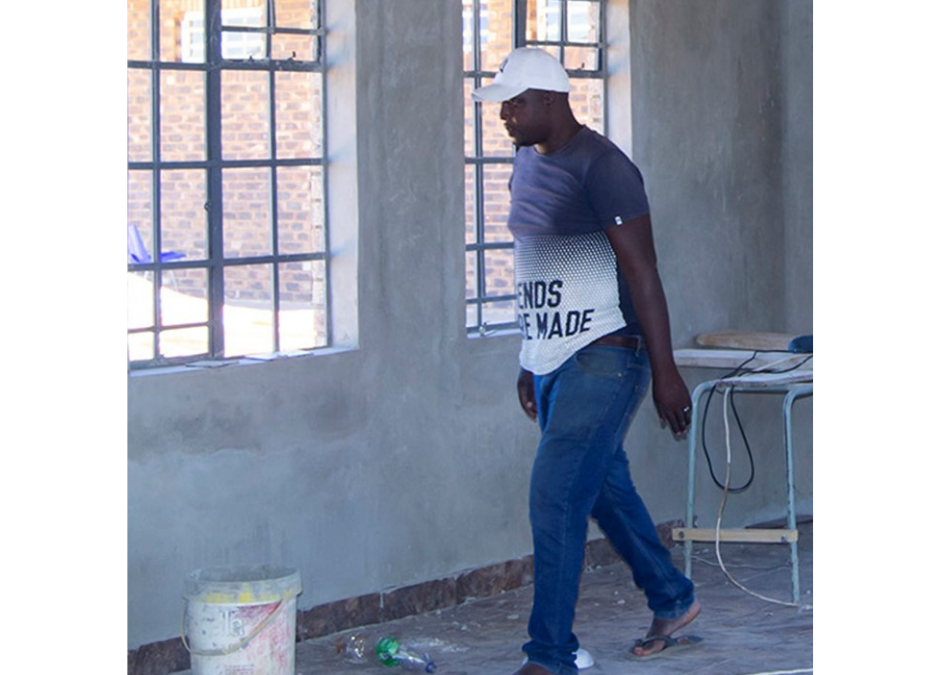 Visky Moroleke is from Kraaipan village in the North West. He owns a local bricklaying and maintenance company. When Foundation partner entity Adopt-a-School began to build a dining and nutrition centre at the Boithaopo Secondary School in the village in 2019, Visky was identified by the school to be the team leader for the project. He recruited unemployed unskilled, semi-skilled and skilled workers from the community to work on the project.

“The project has lessened the burden of unemployment on the team, more especially during the pandemic,” he says.