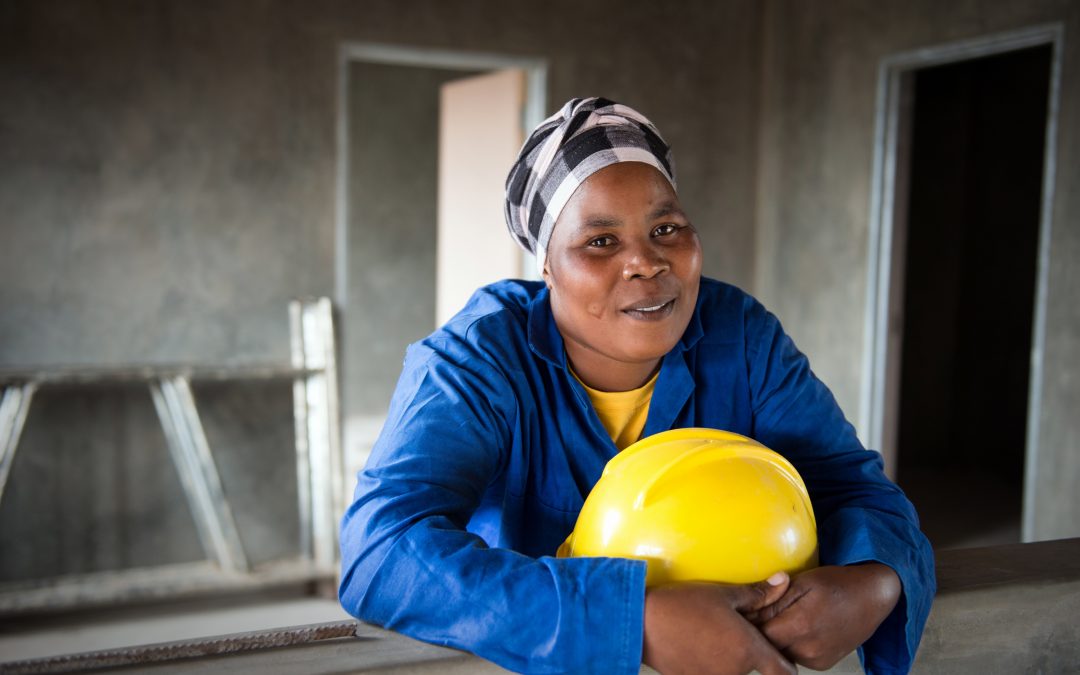 Busisiwe Buthelezi, a mother of two, schooled at Ingweni Phaphama Primary School in Lenjani village, which is east of Vryheid. Nearly 12 years later, in 2002, she was involved with the community in building mud structures for the school when the school needed to accommodate a growing number of learners.

In 2014, the school became part of the Department of Basic Education’s Accelerated School Infrastructure Delivery Initiative (ASIDI). The programme aims to eradicate schools that do not have water, sanitation and electricity and which had been constructed with inappropriate material. The Foundation’s partner entity, Adopt-a-School, is a partner to this programme. Adopt-a-School implements a Whole School Development Model to improve the academic, infrastructural, social and security environments of schools.

Busisiwe says because of the basic skills she learned building mud structures for her old school, she was shortlisted when the school looked for skills in the community to support the ASIDI project. Busisiwe worked on the ASIDI project until 2018.

“The day we started building I couldn’t really believe it,” she says. “We saw the different buildings, how big it is compared to the mud school. I had experience of building from before, but I have learnt so much more from this project and gained many new skills.” Busisiwe was especially proud of the many women who were temporarily employed on the project.