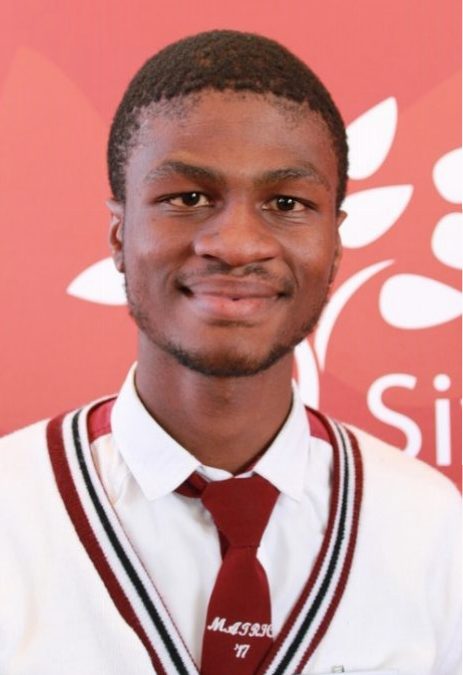 Emmanuel Mofammere, 18-year-old matriculant from Lenyora la Thuto Comprehensive School which is one of the schools supported by KST in Botshabelo, Free State Province where the District Whole Schools Development Programme is being implemented is the recipient of the first ever Siyandisa Foundation Scholarship. The scholarship is awarded to the Top 25 performing matriculants in the Free State province who attend non-paying schools and have an academic average of 85% or higher across their Grade 11 subjects. The scholarship programme provides study as well as personal support to the learners – the only scholarship programme to do so in the country.

Although the 25 leaners were all impressive, Mofammere stood out from the group because of the camping project he had initiated at his school. He said the school’s results last year were not good, and this prompted him to start this project. “I thought if we work as a team we could produce positive results. I can identify with my peers and help them with their weaknesses and they could do the same for me. And that way we can helped each other to get to the level we want to be. So, I thought if we work and sleep at school we won’t be bothered by the distractions we have at home,” said Mofammere. The school does not have a hostel facility, but this did not stop him from coming up with a plan. Principal, Talla Modupe, said they realised that other leaners are struggling, especially those who aren’t top leaners like Mofammere, and that is when they realised it was a good initiative and supported the Grade 12 learners.

“Sometimes learners don’t have enough time at home to study and sometimes they are dealing with so many issues such as poverty. We let them study until as late as 10:00 pm in the evenings so that they are ready for school the next day, and in the afternoons, they study and complete their homework. This way, we can monitor them. We also give them a warm meal. We have a great group of committed teachers who are available to stay with them, monitor them and help them out during the evenings. They also cook for them, it’s a lot of hard work and dedication,” said Modupe.

Mofammere added that he started working hard for his top marks in Grade 8. While growing up he attended different astronomy competitions and astronomical quizzes, which sparked his interest in the field.  He has applied to study Astrophysics and the University of Cape Town. “I want to find myself in a position where I could grow in the field of astrophysics – to a point where we can operate and compete globally with other countries that have bigger programmes,” said Mofammere.