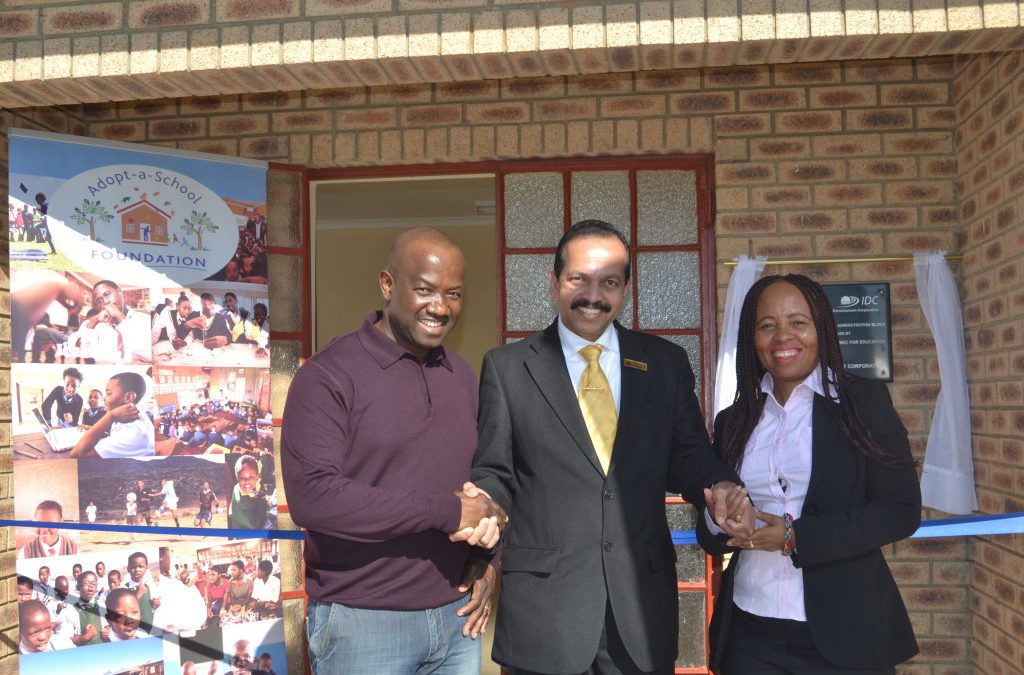 Over the last five years the Industrial Development Corporation of South Africa (IDC), in partnership with the Adopt-a-School (AAS) Foundation, has invested over R88 million in upgrading and supporting 30 schools throughout South Africa. Today, at Siwali Secondary School, the partners celebrated the progress of the five adopted schools in the Eastern Cape, where they have invested over R12 million.

“The IDC’s priority when it comes to our CSI investment is in education. Through our partnership with Adopt-a-School we have been able to make a difference in the lives of young South Africans in the Eastern Cape. We have room to still do much more and we will continue to invest in schools as we firmly believe that changing the landscape of the South African economy starts through a good education,” says Tebogo Molefe, Head of CSI at the IDC.

“Our partnership with the IDC has been exceptionally successful at our Eastern Cape schools. Since 2012 we have constructed 15 new classrooms, two science labs, an ablution facility, a feeding scheme kitchen and two computer laboratories,” said Steven Lebere, Executive Director at Adopt-a-School Foundation. “We have also made a significant investment in support programmes for both learners and educators, as well as health services including among others eyesight testing and sanitation packs,” he continued.

This unique, holistic approach to supporting schools is called the Whole School Development (WSD) model. AAS uses this mechanism to improve and uplift the academic, infrastructural, social and security environment in adopted schools. WSD ensures that schools have the necessary management and community leadership to support an environment conducive to excellence in both teaching and learning.

The five Eastern Cape schools supported by the partnership are Maraizell Secondary School, Tholang High School and Zamokuhle Junior Secondary School, all based in Matatiele, Siwali Secondary School in Lusikisiki and Nkonkwana Primary School in Willowvale. All five schools received significant infrastructural support and training.“The success we have enjoyed with our adopted schools in the Eastern Cape is a great example of the effectiveness of the Adopt-a-School’s WSD model and the power of public private partnerships,” said Molefe. “We call upon business leaders to partner with us to support more schools in the rural Eastern Cape and the rest of the country. Our model works. Your contribution can make a lasting difference to the lives of hundreds of children,” added Lebere.

“We look forward to continuing our successful partnership with Adopt-a-School and the Eastern Cape government, and to making further progress in uplifting young South Africans,“ said Molefe.