People of Japan invest in upliftment of South African youth 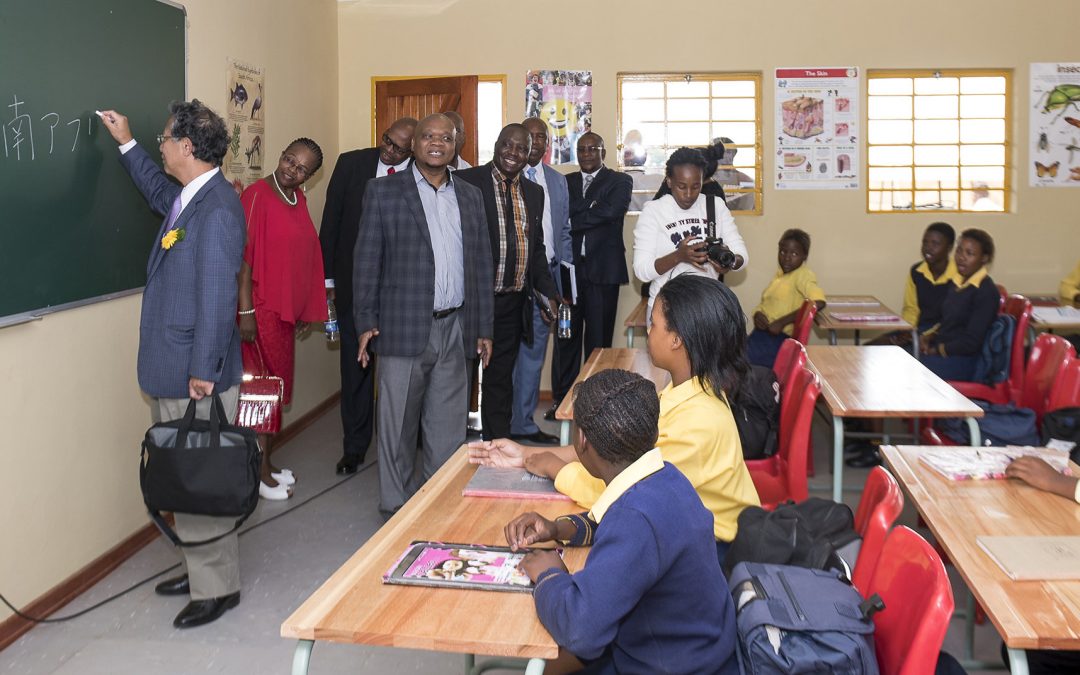 In recent years, Japan’s economic partnership with African countries has grown significantly, with its direct investment in Africa almost quadrupling in the past 10 years. This investment is often accompanied by social upliftment and development initiatives. One such project is the partnership between the Embassy of Japan and Kagiso Shanduka Trust (KST). KST is a collaboration between the Kagiso Trust and the Cyril Ramaphosa Foundation (CRF) that leverages the best practices of each organisation’s Whole School Development programmes. KST’s partnership with the Japanese Embassy saw the construction of four classrooms at Mpolokeng Primary School, in the Free State in March this year. The project which cost R1 444 101.82, employed eighteen temporary workers and benefitted seven small community businesses.

As part of the Forum programme, KST and the Embassy of Japan hosted a business breakfast with key Japanese businesses to showcase the benefits of mutually-beneficial partnerships. The above-mentioned investment is a testament to the success of the KST Integrated District Whole School Development model; which addresses infrastructure development, curriculum support, social welfare and leadership in schools at a district level.

Addressing the breakfast, Cyril Ramaphosa Foundation trustee and KST advisory board member, Phuti Mahanyele, said South Africa had entered a time of renewed hope. “Business confidence in South Africa is at the highest it has been since the beginning of 2015,” she said. “We have witnessed what combined financial, strategic and technical efforts can do. The investment from the Embassy of Japan helped the Free State achieve the highest matric pass rate in the country. It is our hope that this result and investment will lead to further roll-out of the Whole School Development model country-wide,” she continued. “Through collaboration, South Africa will be able to mobilise collective resources to make a far larger impact,” she concluded.

President Ramaphosa emphasised the importance of public-private partnerships to address Africa’s development challenges in his address to the Forum. “Africa is a continent on the move. It is entering a new era of growth and development,” he said. “To sustain this progress, Africa will need to deepen its relationships with countries like Japan through greater trade, investment and technological exchange. This Forum is about cooperation and collaboration, not only between different countries, but also between the public and private sectors in those countries,” he continued. “The social and economic challenges on the African continent will not be effectively addressed if governments and business do not work together,” he concluded.