Inspired by the resilience of women 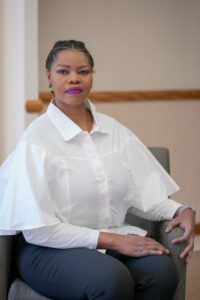 On 09 August 2022, we mark National Women’s Day, and extend the commemoration campaign to boost awareness of and mobilisation against gender inequality and its consequences for the entire month. August 9 commemorates the march on Pretoria on this day in 1956 by some 20 000 women against the imposition of the pass laws on Black African women. It is an event we celebrate and take inspiration from as demonstrative of the agency of women in struggle against oppression.

Some have questioned the value and efficacy of honouring women on this one day or month when everyday the position of women remains little changed or regresses. Recent brutal violence suffered by women highlights their continued gender-based vulnerability in society. However, it is precisely this struggle of women against all forms of patriarchy, which underlies the like of gender-based violence, that we celebrate and recommit ourselves to on 9 August. The commemoration of this day serves to heighten awareness of the position of women and celebrates their resilience, and indeed triumphs, in the face of daily discrimination, inequality, condescension, harassment and oppression.

“Resilience” is highlighted in the official theme for Women’s Month this year: “Women’s Socio-Economic Rights and Empowerment: Building Back Better for Women’s Improved Resilience”. In this context, I pay tribute to the women of Cyril Ramaphosa Foundation and its partner entities. They are a striking example of the resilience of women despite society’s structural inequities.

According to statssa.gov.za, about 66,9% of all senior management positions are held by men while only 33,1% of these are held by women in corporate South Africa. The Quarterly Labour Force Survey of the 2nd quarter of 2021 says the South African labour market is more favourable to men than it is to women. Men are more likely to be in paid employment than women.

Yet women make up the overwhelming majority of the leadership and staff of the Foundation and its partner entities. This is not the result of deliberate affirmative policy, but of pure merit-based selection, and speaks to the talents, skills and qualifications of women.

Likewise, the Foundation’s small business development partner entity, Black Umbrellas, is also to be noted in this respect. It supports 100% Black-owned SMEs through an incubation programme which, tellingly, reveals the aptitudes of women. Again, without implementation of any policy of deliberate gender affirmation, Black Umbrellas has recorded near equal rates of participation and retention in the programme by women-owned businesses as men. This speaks highly of the merits of women since the selection process focuses on the talents and abilities of the owner, the viability of the venture, and the intent to grow a sustainable business that can pay a decent income and create jobs.

Many economic sectors are male dominated and it is hard for women to break into them. If they do, they are not taken seriously and have to work harder and do more to gain recognition. They struggle to access funding. And they experience challenges of balancing greater home responsibilities with their work commitments.

Recently, the Foundation’s annual internship programme employed a number of young women in fields such as infrastructure and IT, fields normally dominated by young men.

The Foundation’s evidential experience demasculinizes the popular perception of quality leadership, efficacy and efficiency. It attests too to the change and progress made for equal gender opportunity in South Africa since the advent of freedom and democracy, to which the women of 1956 so strikingly contributed. Indeed, our celebration of August 9, as with all of our national holidays, is a celebration of this victory that must not be taken for granted.

The resilience and achievements of women – notably the recent victory of Banyana Banyana in the Women’s Africa Cup of Nations – does not obviate gender affirmative policies and programmes. Gender bias in favour of women seeks to counter and overcome the foundational biases against women, which stem from still entrenched norms, values and culture that harmfully stereotype women. These fester in the mindsets of children and end up manifesting as primitive perceptions on gender roles that constrain the growth and development of the girl-child and, result even in brutal violence and abuse.

Another of the programmes of Cyril Ramaphosa Foundation deservers mention here. The Thari programme, implemented by the Foundation’s partner entity, Adopt-a-School, addresses women and child abuse as a factor in educational development. Children and their female parents or caregivers who suffer emotional and physical abuse has been found to translate in poor school performance. The Thari programme, under pilot at select schools in Botshabelo in the Free State and Diepsloot in Gauteng, provides psychosocial support services for women and children, works to empower them against abuse and exploitation, and facilitates dialogues with men and boys to address issues of masculinity, violence and gender sensitivity. There are 981 children registered with the programme, and an additional 761 family members benefit indirectly. Without the intervention of the Thari programme, these learners were at high risk of not completing basic education.

There is much that still needs to be achieved for the truly equal world we wish for all women. As UN Women puts it, many obstacles remain unchanged in law and in culture, and women remain undervalued, work more, earn less, have fewer choices, and experience multiple forms of violence at home and in public spaces. Women’s Day and month, provides opportunity for massive challenge to such regressive values, norms and practices, and we are inspired in this ongoing struggle by the women of 1956.