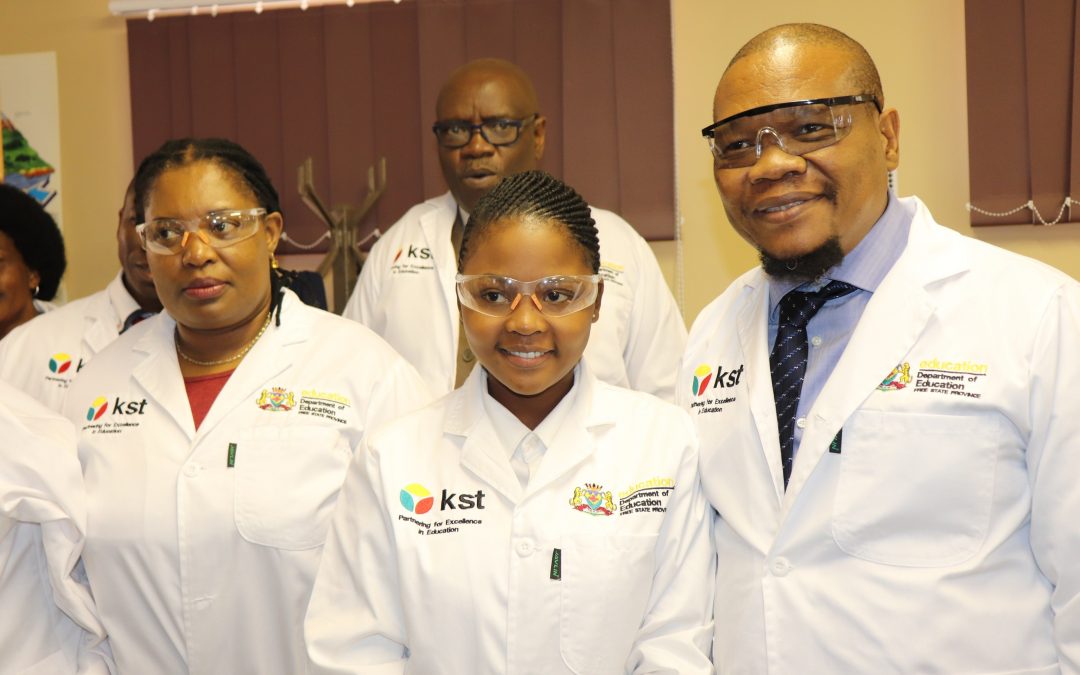 Four schools in Parys and Koppies within the Fezile Dabi district in the Free State province received infrastructure as part of the District Whole School Development (DWSD) programme. The partnership between KST and the Free State Department of Education (FSDoE) spans over six years with the implementation of the DWSD programme over the past five years in quantile 1-3 primary and secondary schools in the Fezile Dabi and Motheo districts. The Fezile Dabi district has been the leading district nationally in the National Senior Certificate examinations for two consecutive years attaining 92.3% in 2018 and 90.2% in 2017.

Rebatla Thuto, Kwakwatsi, Barnard Molokoane and Phehellang are the secondary schools which received infrastructure such as the renovation of libraries, science and computer laboratories with an investment of over R 2 million that will benefit 3274 learners and 118 educators. The DWSD programme awards programme schools infrastructure based on two categories basic and incentive.

The DWSD programme as of 2013 to 10 April 2019 has made the following impact in the Fezile Dabi and Motheo districts:

“I encourage all learners and educators to continue working hard and taking full advantage of opportunities provided to them and for parents to increase their support and be more involved in your children’s education,” said FSDoE MEC Dr PHI Makgoe.