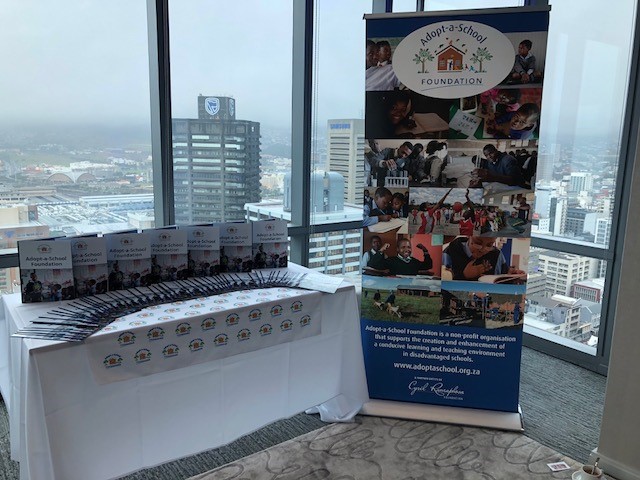 Adopt-a-School Foundation had the honour of being one of four organisations to exhibit at the South Africa-UK Business Forum. The South Africa-UK Business Forum took place on the 28 August 2018 at the FNB Portside Centre in Cape Town. The Forum was also attended by President of South Africa Cyril Ramaphosa and British Prime Minister Theresa May. The aim of the Forum was to increase the trade relationship between the two countries; and was attended by over 100 multinational companies. Adopt-a-School Foundation engaged with many companies sharing both the work of the Foundation and our progress in establishing a UK-based organisation. Following the Forum, Adopt-a-School Foundation was invited to attend a cocktail reception hosted by the British High Commission, with the Prime Minister.